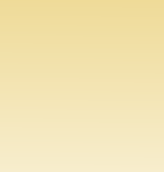 A  perfect world, no death, disease or suffering… 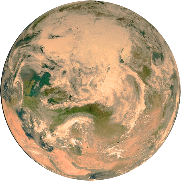 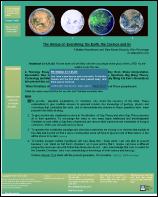 ..in his likeness’ means our voice carries great  power too…

Saturn: what a star?…

Or a very dim sun?

(Every Fossil Layer Explained-from Genesis 1 and 2)

The Word = Jesus in his earliest manifestation

Does God stand outside of the physical realm and ‘throw’ things into it?  Is this what Hebrews 11:3 is referring to? 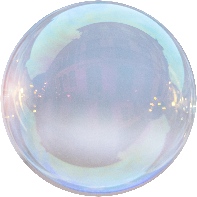 The History of Everything: the Earth, the Cosmos and Us

An attempt to unify

Habakkuk 2:14 (KJV): For the earth will be filled with the knowledge of the glory of the LORD, As the waters cover the sea.

‘When Christians disagree then they are usually both part right.’  Derek Prince (paraphrased)

I think the same may hold true for secular and Christian scientists also.

I believe an increase in knowledge of the Bible is included in (Daniel 12:4) and starts with this present generation.

I take no credit for the revelations within this website and it is important to point out that they originate mainly from the prodigious Kat Kerr and also Robin D Bullock. I highly recommend you visit their websites here , here and here or her Facebook page and YouTube Channel. Please note, although I have made every effort to be as accurate as possible there may be differences between her revelations and my interpretation of them and I advise that you check them out directly. It should be noted that Kat Kerr/Robin Bullock may disagree with some of my views.

All revelations from Kat Kerr will be directly attributed to her or referenced with ‘l(Kat Kerr)’ after the relevant sentence. They will link to a web page on this site that summarises where her revelations on creation only can be found and that page will in turn link to her YouTube sermons and podcasts or give a reference to one of her books. Unfortunately, YouTube sermons are most definitely a moveable feast and some may now have been deleted.

The essays are written to be concise and flow without viewing more detailed rationale and biblical evidence, but for more in depth reading follow the links. Click on links in italics and this will open the relevant Bible passage and/or comment in a small, blue light box window within the current page as shown opposite. Click anywhere in the surrounding page to close this light box and this will save from scrolling backward and forward. Links in normal writing will open a whole new window usually to the relevant Bible page, web page or YouTube link. All biblical links are provided by the excellent Blue Letter Bible website.

General numbered references will link to the bottom of each page and from there to the relevant research paper, web page or book. This is not intended to be a scholarly research paper in itself with endless references and they will be limited in the most to other websites and some concise papers only. This site is intended for the lay person, scientifically minded and theologists alike.

A God Outside Time, Dimensions and Timeless Eternities-(I believe everything came from God: time, space, eternities past, present and future-before eternity God is. The omnipotent, omniscient, sovereign, majestic and personal Triune God)

Please note, I understand this background theology may seem new to some of you and disconcerting too, but there is scripture to confirm all of it, see the links in the margin. It is not essential information for the rest of this essay but it will give more explanation and bear with me as it will all will link together in the end. Most of it is from Kat Kerr’s revelations. It’s your choice to believe it or not.

I suggest we will never understand the timelessness and non-dimensionality of this biblical statement describing God as ‘I am’, I think, even in eternity it will always remain beyond us to comprehend and grasp. We seek an origin but there is not one to find because He is bigger than and before all origins. (Colossians 1:16-17+Comment). God the Father, the Word and the Holy Spirit have always existed in eternity and also before then. l(Kat Kerr).

The four creatures of the throne room and Melchizedek were created but have also always existed in eternity but not before then. l(Kat Kerr). (Hebrews 7:3+Comment)

There is an ‘eternity’ inside God Himself and we have existed since ‘everlasting’ as tiny spirits in that place from where we were sent forth to Earth and attached to embryos at conception. The Holy Spirit and The Word (Jesus) can step in and out of this eternity inside God l(Kat Kerr). This giving a plain and simple meaning to one of the aspects of the three in one God. l(Kat Kerr). ‘In his image’ will apply as Jesus prayed that, in Heaven, we could have this same relationship too. (John 17:22). Again in similitude as Jesus came down to Earth and was made flesh, so, our spirit is sent forth to Earth and made into a fleshy existence also.

Creation in the physical realm involves some sort of additional process to creation in the spiritual realm where God need only just ‘speak’ and the Word makes. l(Kat Kerr).

Planet heaven is bigger than our galaxy and there is no Sun or Moon equivalent in Heaven but the Glory of God lights it. l(Kat Kerr). God’s Glory light has fundamentally different properties to our present light. As Heaven has no shadows, so, I suggest, like Heaven, in the original and newly remade Earth (which is also lit by God’s glory) shadowing is reduced and light permeates further. God’s Glory light shines from within. l(Kat Kerr). (From another dimension?). (Five possible light settings for Earth).

Planet Earth is a shadow of heaven - a lesser imitation. l(Kat Kerr). (Hebrews 8:5)

N.B.: Even though God possesses omnipotence he still goes through a process and it is not just an instant thought and creation. It is a cause and effect creation.

The Physical Realm: lThe Creation Age, ‘In The Beginning’, Genesis 1:1

The Genesis Similitudes page here is undoubtedly the most important of the whole website. I believe it proves Gap Theory beyond any doubt but also, more pertinently for this essay, it describes a parallelism, first described by Paul The Apostle (2 Corinthians 4:6), between life on Earth and our Human Spirit and soul. This prolonged metaphor with multiple ‘logical typing’ runs right through Genesis 1 and 2. Every word.

If you want to know more about what life was like in the first world then God tells you, in plain text, throughout Genesis 1 by the use of the term ‘it was so’ (it used to be like that-in the first creation)  ***here***

Water was involved in this process (water was in the Word’s hand at the start.) l(Kat Kerr). I suggest, at this point the Word places vast amounts of water in plasma form (hydrogen and oxygen) throughout the universe during the whole of this stretching process. The Word then placed ‘something else’ in the physical realm on which to hang the cosmos. l(Kat Kerr). I suggest this ‘something’ is the organisation of the plasma into vast plasma sheets and filaments of hydrogen and oxygen, as well as the introduction and activation of zero point energy and whatever the mysterious gravity derives from. A vast electrified fabric is thus created comprising billions or even trillions of amps and enormous amounts of oxygen and hydrogen in plasma form. Fusion reactions fed by these enormous currents form all known elements in their current proportion very quickly.

Kerr describes how, as well as the water in the Word’s hand, there was also a drop of living water from within the Father which was present and incorporated into all of creation. l(Kat Kerr).

Firstly, God creates the planets and throws them out by hand one at a time. Likewise the stars and entire galaxies are thrown out by hand l(Kat Kerr)  I suggest God throws out vast Birkeland currents billions and billions of amperes in strength, drawing matter from the plasma filaments and sheets that have now formed from the initial hydrogen and oxygen plasma by fusion reactions into all elemental matter. The plasma pinches and plasmoids thus made become all the galaxy shapes and sizes that are currently observed. This order of creation satisfies the order In Genesis 1:1.

God creates the Earth, by speaking into a void and things start to appear and spin. l(Kat Kerr).

God creates ex nihilo, and after some time, the Earth forms with one land mass surrounded by sea. l(Kat Kerr).

God fills the sea with water from one hand. l(Kat Kerr) 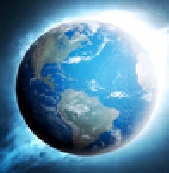 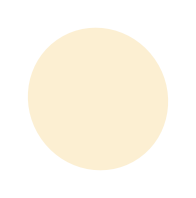 By providing links to other sites, WordlsApartBiblically does not guarantee, approve, or endorse the information or products available on these sites.

You existing before arrival on earth?

Inside, Indwelling and One

How can that  be?

All known galaxy shapes can be formed in the lab in seconds by Birkeland currents flowing through plasma. 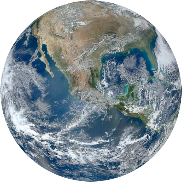 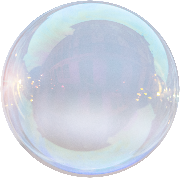 This page is available combined with the ‘Genesis similitudes’

Every fossil layer explained and all from Genesis 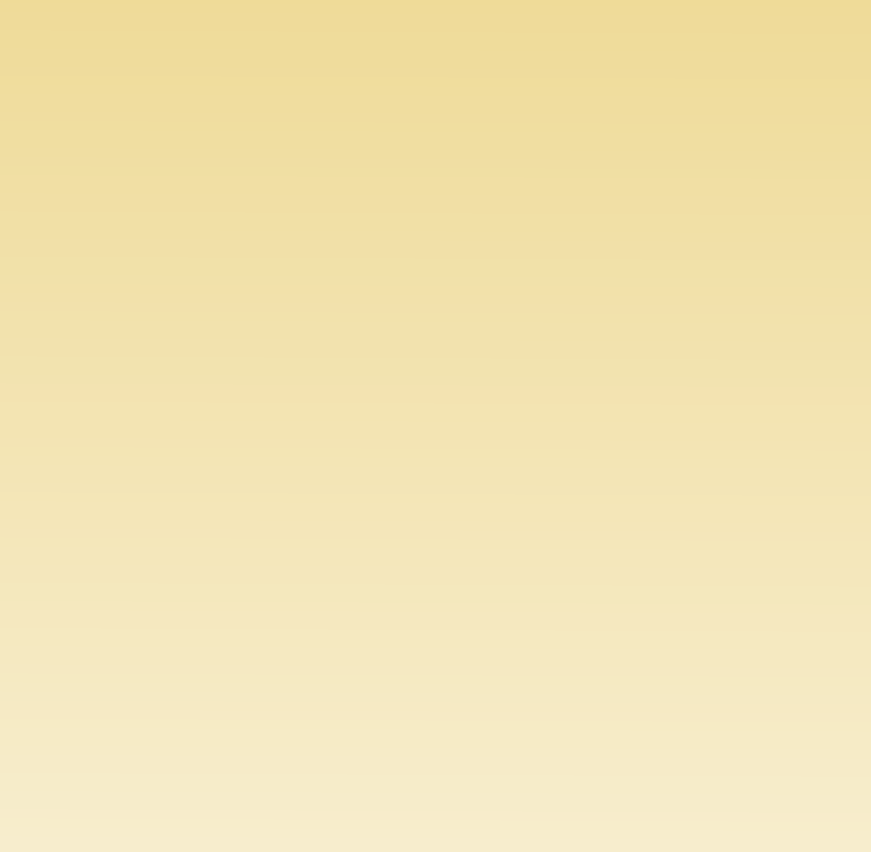 Speculative Physics for the Created Planet Earth (Based on the Electric Universe Theory (EU) ). See Pick a Paradigm on this website.

There will be no Sun visible from planet Earth initially and God’s Glory will light the Earth. I speculate on three possibilities from a Gap Theory perspective, and bearing in mind:

At this stage, some of today’s planets - including Earth - orbit and spin around Saturn which was then, a dwarf star (there is evidence to support this as described by Tom Findlay (Electric Universe Model [EU}) [2] see this website Pick a Paradigm for more information on this.

(Please note: Findlay’s  faith status is not revealed, his book is scientific and not theological).

Later, as  described in Genesis 1, the Sun and its accompanying planets come into view from Earth by moving into close proximity with this dwarf star system, the Sun then taking over and dominating the dwarf star system and all of the planets. The dwarf star Saturn and its planets become planets around the newly arrived Sun. This would, however, seem to contradict point 2 above.

The Sun/Earth have always been in their current position but the Sun was very dull with little light emitted. The EU models allow for stars to be switched down to dark plasma mode. Here, from the beginning Earth and all planets orbit the Sun. In Genesis 1 the Sun is re-ignited and moved a little and the Moon is moved to its current location the moon being far enough distant to not lead to a tidal sea initially.

Earth is not in the solar system and is moved there in Genesis 1:17