Bring forth abundantly (Sharats) ‘to sprout forth to multiply’ I suggest the subject contains and ‘sprouts’ the design(s).

Similar to ‘dasha’ above-remaking something from a design that already exists in the subject matter of the verb but with more emphasis on large numbers.

Brought Forth (yasar) ‘to come out to bring out’ I suggest the subject contains the design.

Made to grow (tsamach) to sprout, grow:

Let there be (hayah) to become, come into being

Creation in the Spiritual Realm and the Physical Realm-Biological Similarity

The process of creation is always God speaks and the word and uses the words God has spoken to make. l(Kat Kerr).

Kerr emphasises that this is all there is to creation with regard to the spiritual realm, but in our physical realm there is a different process, an additional element is needed. She also describes how we have to be made of the same components (elements) as the earth/plants animals if we are to have authority over them. This may explain why God points out that Adam and animals were made from the ground and also may explain the need for biological similarity. (Maybe it is rather like operating systems:  a mac OS against windows, unless you have the same operating system you cannot run the apps?)

So angelic/demonic creations cannot have power and authority in the natural realm as we can, dominion is ours. In (Genesis 1-26) , I further suspect that each of these Hebrew words may also carry other meanings about the creative process too that will link in with the fossil record and confirm which organisms were actually copied and which were not, but these remain to be discovered. (Likewise these words may in similitude link with The Holy Spirit and Christ imparted spiritual gifts. See the next page on this site for much more on this). With these descriptions in mind I move to apply them to Genesis 1 and 2.

I accept that there may be some circular reasoning here, using words that fit in with Gap Theory then using the same translations to confirm Gap Theory. But when you apply these standard translations all apparent contradictions in Genesis 1 and 2 disappear and sentences make more sense and even seem to come more alive when viewed this way. Other creations models dissolve when subjected to the same scrutiny and consistency tests. 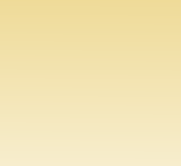 A  reinstallation with upgrades…

copy and pastes and edits… 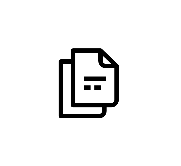 You have to have biological similarity to have authority…

…it will inevitably lead to biological similarity in organisms…

God spoke: ‘Let There Be’ (hayah), God Made (asah), Created (bara), Commanded to Bring Forth (dasha), Bring Forth Abundantly (Sharats)(yatsa), Formed (yasar), Made to Grow (tsamach) and Framed (yetsar) Made(built) (bana)-Semantic Hints about the Creation Process

Even every one that is called by my name: for I have created him for my glory, I have formed him; yea, I have made him

For thus saith the LORD that created the heavens; God himself that formed the earth and made it; he hath established it, he created it not in vain, he formed it to be inhabited: I am the LORD; and there is none else

And God blessed the seventh day, and sanctified it: because that in it he had rested from all his work which God created and made

In the verses above God seems to be giving us a hint that the words made, created and formed all carry different meanings. I do not believe God would have even ‘one jot or tittle’ of redundant data in his work. (Matthew 5:18). Some argue that all these words are interchangeable, but the verses above would seem strange if that was so as God would in effect be repeating himself. This would make the following valid translations: ‘I have made him for my Glory, I have made him, yeh I have made him’. Or, ‘he had rested from all the work which he had created and created’ ?? Others consider the words to be more about constituents with created meaning made ex nihilo and made meaning from available constituents. Others focus on  meanings of morphology and others substance. But all of these approaches fail to give any consistent meaning that can be applied throughout especially when the Bible flips between the created and made for the same object/subject. It does this Genesis :26-27 and Genesis 2:4

Genesis 2:4   These are the generations of the heavens and of the earth when they were created, in the day that the LORD God made the earth and the heavens

Genesis 1:26-27  And God said, Let us make man in our image, after our likeness: ……So God created man in his own image, in the image of God created he him; male and female created he them

I believe a strong hint as to God’s semantic purpose is given in Genesis 1:26-27

Note: how when God compares ‘making’ (asah) man in his own image he uses the term ‘make’ but when he is back down ‘on Earth’ carrying out this process he uses ‘created’ (bara). This is consistent with ‘asah’ being used when the design is already established or being copied or just an all encompassing term - ’in our image’ when considered in the spiritual realm-heaven-but back down on Earth it is a new design and is a creation. More on this below.

It is inconceivable to me that God would be sloppy and not precise and consistent in His use of words. If you consider Revelation 21:1 it confirms a similar use of ‘bara’ to describe a whole new creation referred to in Isaiah:65:17 .

Using this as a basis it is possible to explore these precise meanings with regard to different processes and aspects of creation. I have cross checked all the possible established variations of meanings of the words I could find and tried them to see if they would fit consistently with six day young earth creation theory, day age creation theory, theistic evolution and Gap Theory (and all varieties of these that I know of). The definitions of the words are all based on established translations in the King James Version of the Bible and I have tested against scripture and the recognised meanings in Strong’s and the Gesenius Hebrew-Chaldee lexicon for improved consistency.

I could only come to the conclusion that consistent meanings of these words only occurred within a Gap Theory Framework and more precisely the Long life-Long Gap Model described in this site.

For young earth creationists almost everything in Genesis 1 would be made the same way, i.e. created out of nothing or for the first time from a new design not seen before. This means that all the words asah, bara, yatsa would all have to mean essentially the same thing. Changing the meanings to substance, morphology, constituents available and constituents ex nihilo again seemed to lead to no consistently applicable translation.

I specifically looked at the supposed contradictions in Genesis 1 and 2 to see if these could be explained by slightly different interpretations and I like taking Chuck Missler’s recommended approach: ‘looking on any apparent conflicts and believing that  they will always reveal a hidden deeper meaning-the Hebrew ‘remez’.

When doing this, these contradictions disappear and I have found the elegance and hidden information in Genesis is truly awesome.

And out of the ground the LORD God formed every beast of the field, and every fowl of the air; (Genesis 2:19)

So every (every single one) bird was made from the constituents of the ground, but wait a minute,

And God said, Let the waters bring forth abundantly the moving creature that hath life, and fowl that may fly above the earth, (Genesis 1:20)

Birds here, seem to be being made from the sea, how can this contradiction be? See below for the answer:

Made: (‘asah): ‘To produce by labour, to make’, to finalise, bring together

Created: (bara’): ‘to create by God something new’ (can be a new design or something new on earth from heaven)

This is the book of the generations of Adam. In the day that God created man, in the likeness of God made he him;

Note how, again, God created man as a whole new creation on Earth but then when compared to God who is the same design he ‘made’ him from the copied design.

Bring forth (dasha): ‘To sprout’ (note how the ability to sprout is possessed by the subject) I suggest the subject contains and ‘sprouts’ the design.

lKerr describes how she saw cremated people being resurrected (in the now arrived Kingdom Age) and brought back to life (in this era of greater works). She describes how God knows exactly where every molecule (atom?) of their original body is and suggests that getting their body regenerated uses the original atoms again l(Kat Kerr). With this in mind, when God says ‘let the earth or sea bring forth’, I suggest this is a design statement and he is referring to a type of ‘blue print‘ or ‘template’ that is already there or been there in the past (from any geological era) or possibly whose remnants are still there in the earth or the sea and he is reusing this design. (Job 26:5). A copy and paste and possibly an edit too of a ‘shadow’ from a previous creation.

It is a design acknowledgment statement.

The use of the phrase ‘after their kind’ is an emphasis of this similar but not necessarily identical result of this process (after their kind does also, I believe, mean generic genetic potential for all of that kind). The design acknowledgement is not just as simple as the carcass just being frozen in time following a first world judgement (see the main essay on this site). As we would say in the UK, the information is in the ‘public domain.’ I would expect every life form mentioned in this way to have a ‘similar’ but not necessarily identical organism in the previous creation and the individual Hebrew words may even give clues as to which organisms were copied and appear in the fossil record prior to KT mass extinction event. (This assumes the KT extinction event is the destruction of the first creation, see the main essay on this site again here)