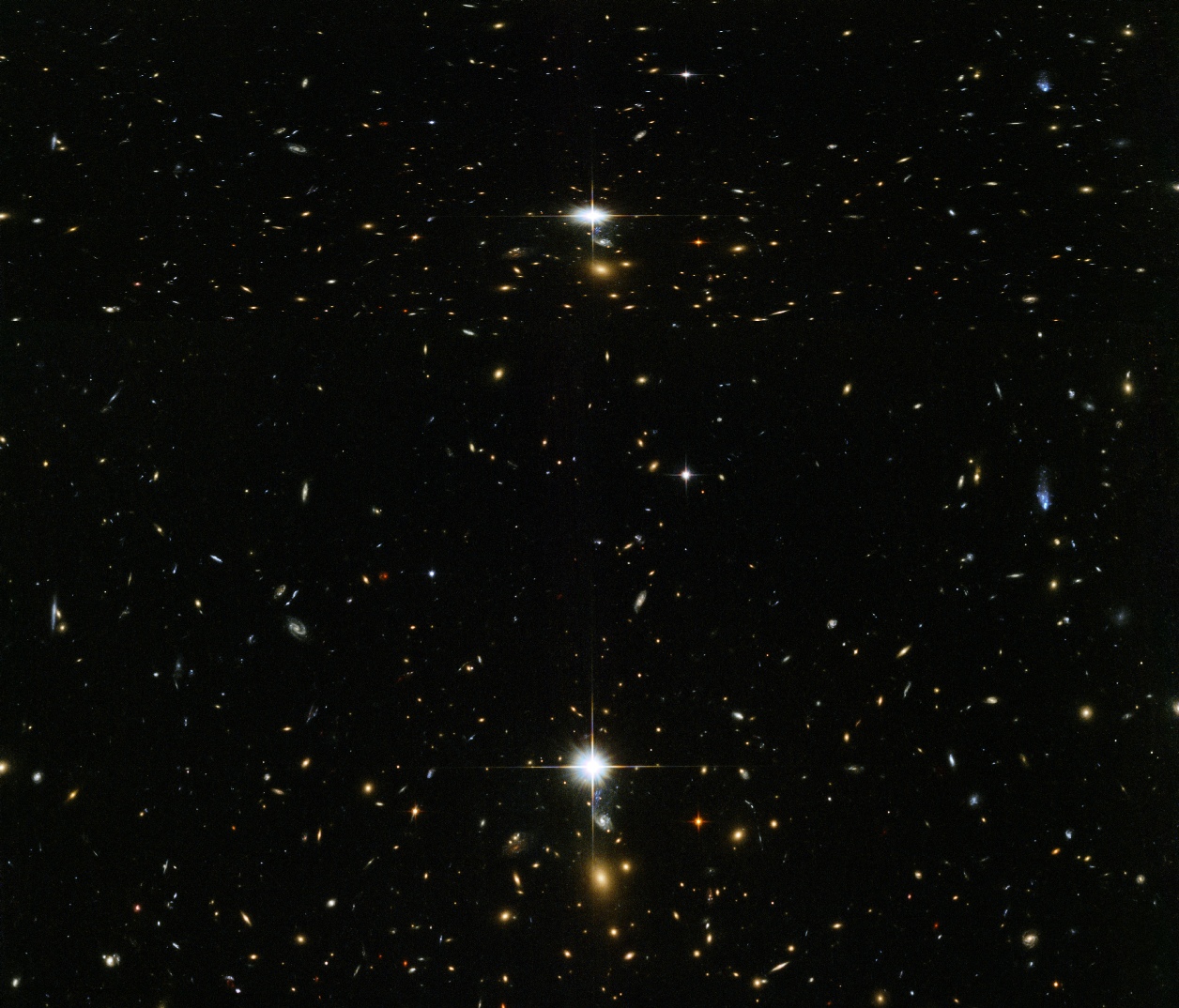 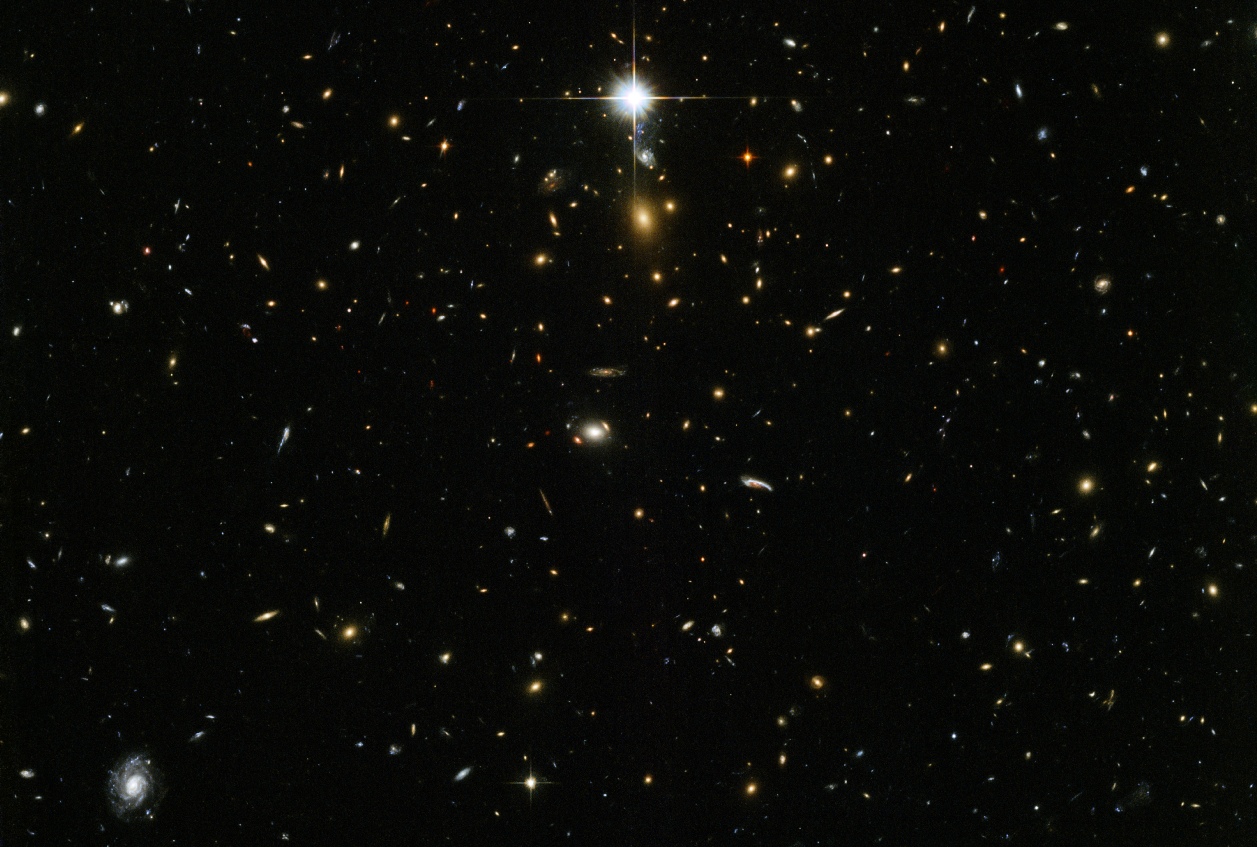 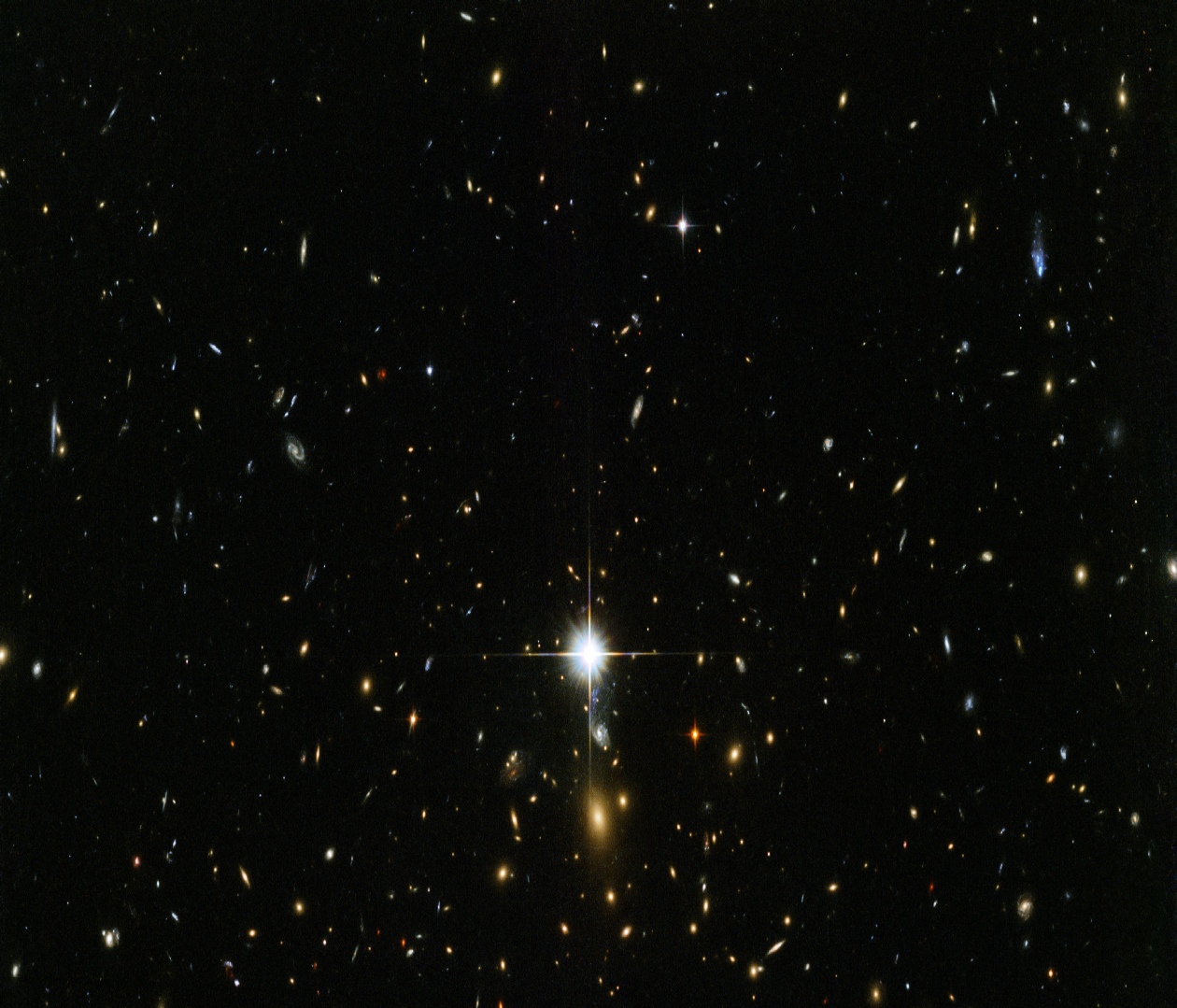 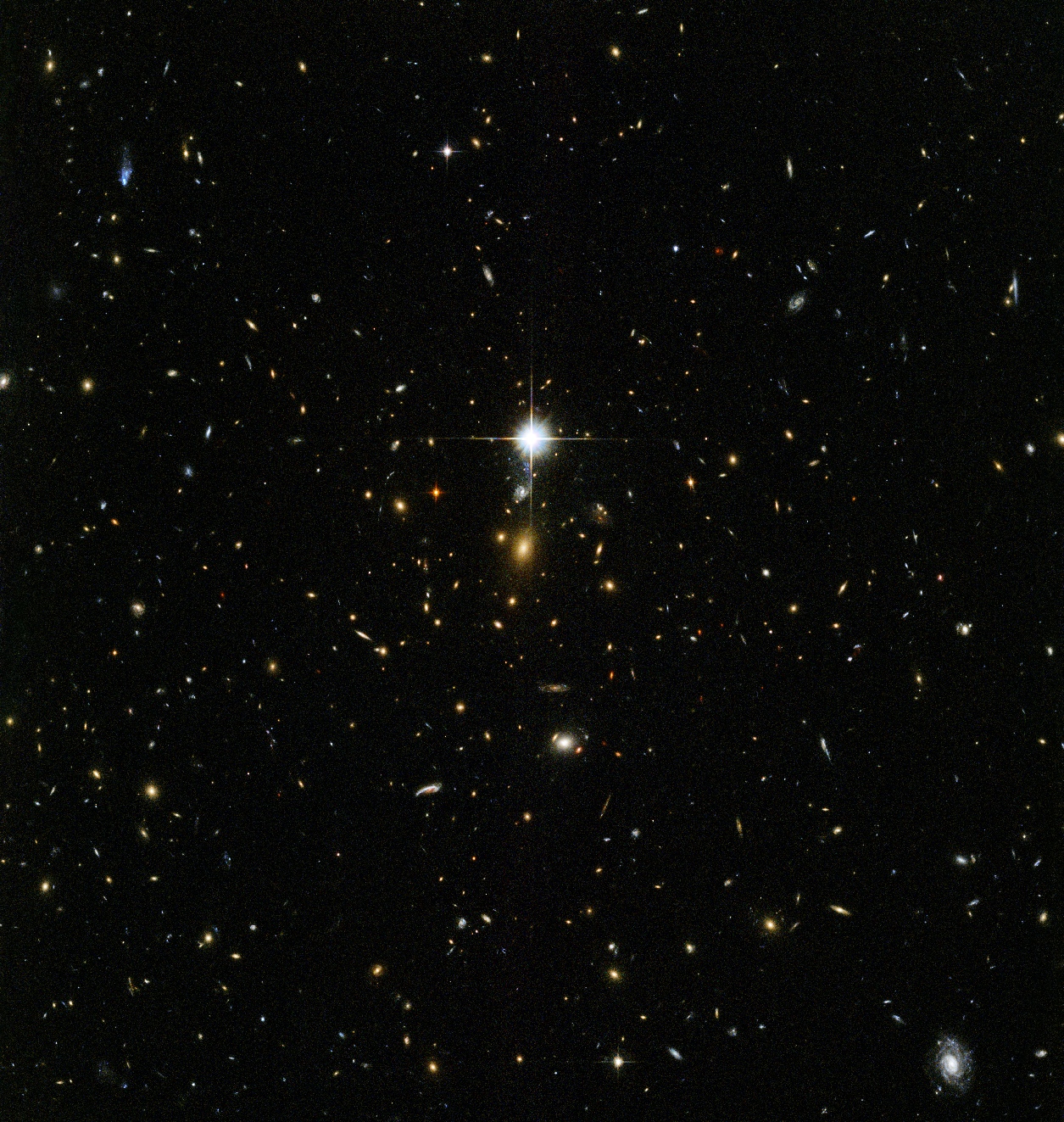 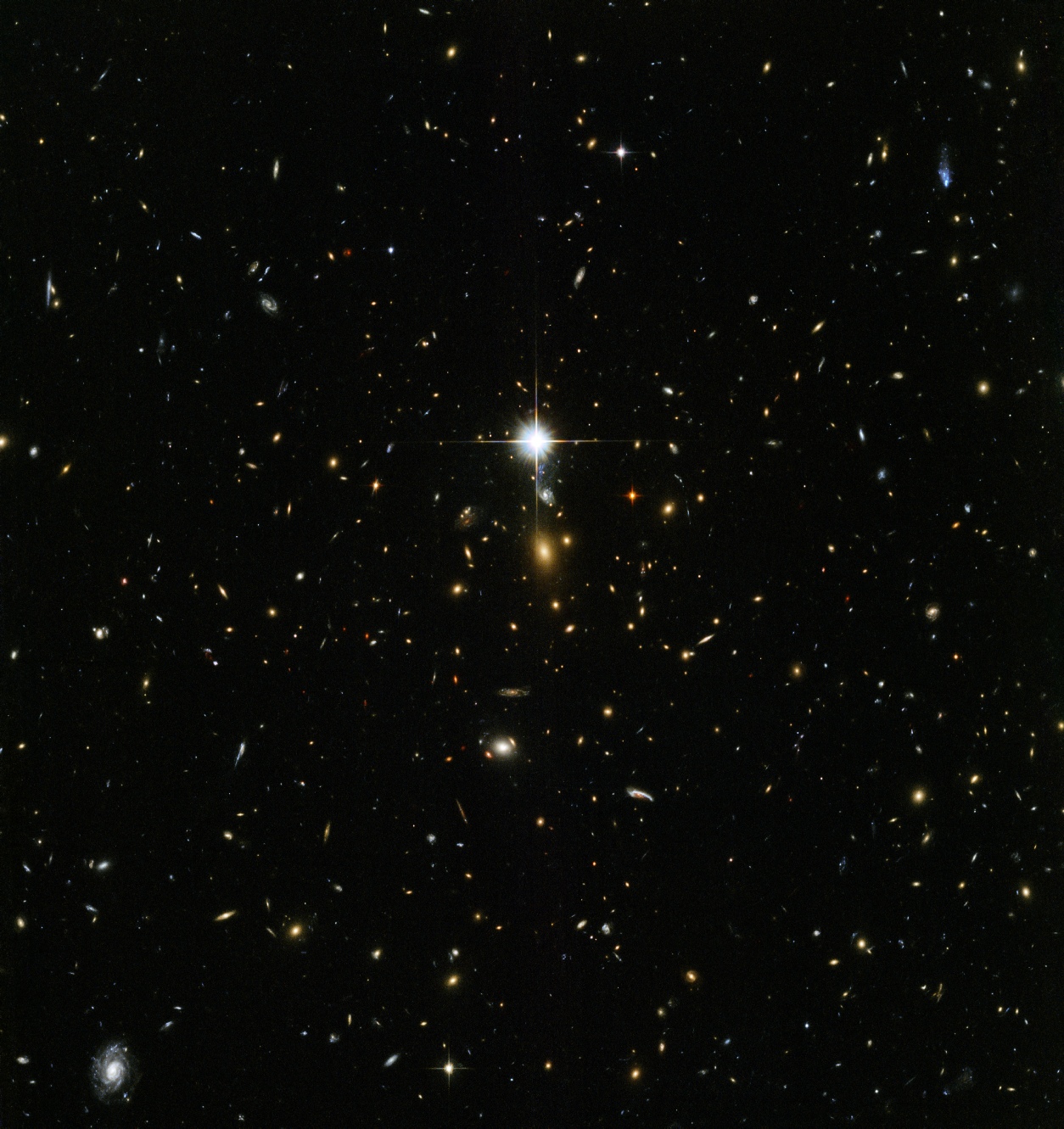 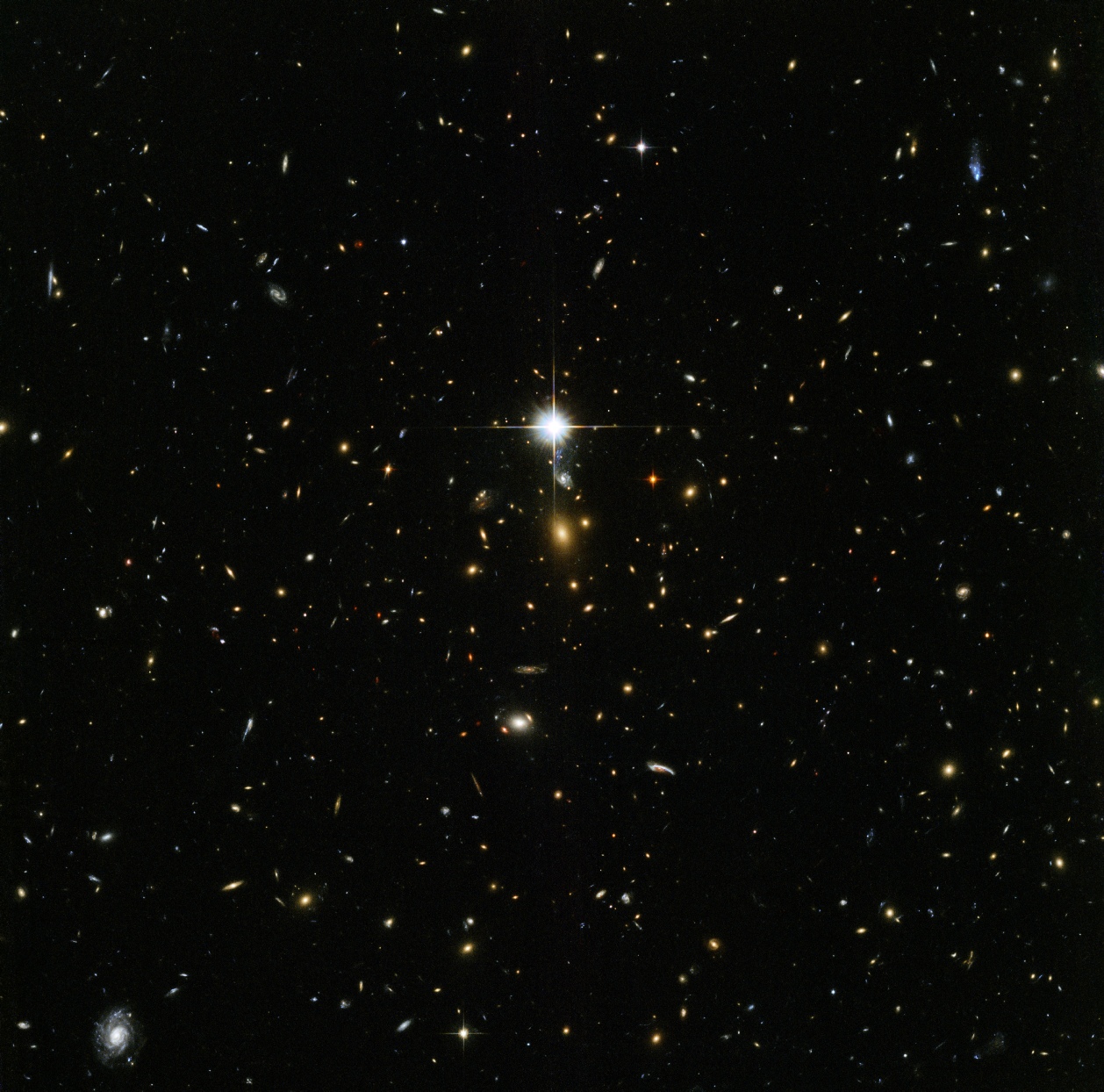 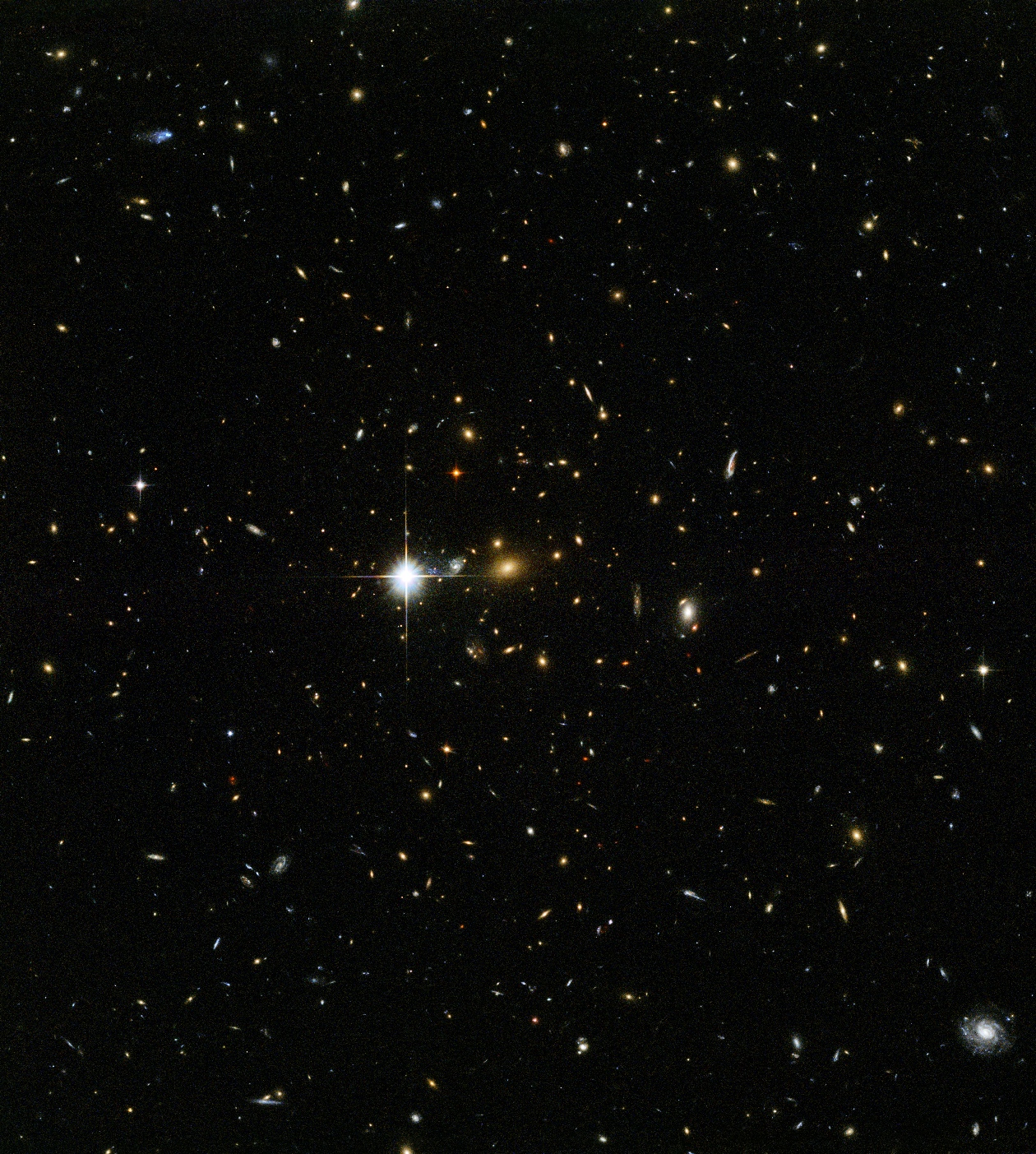 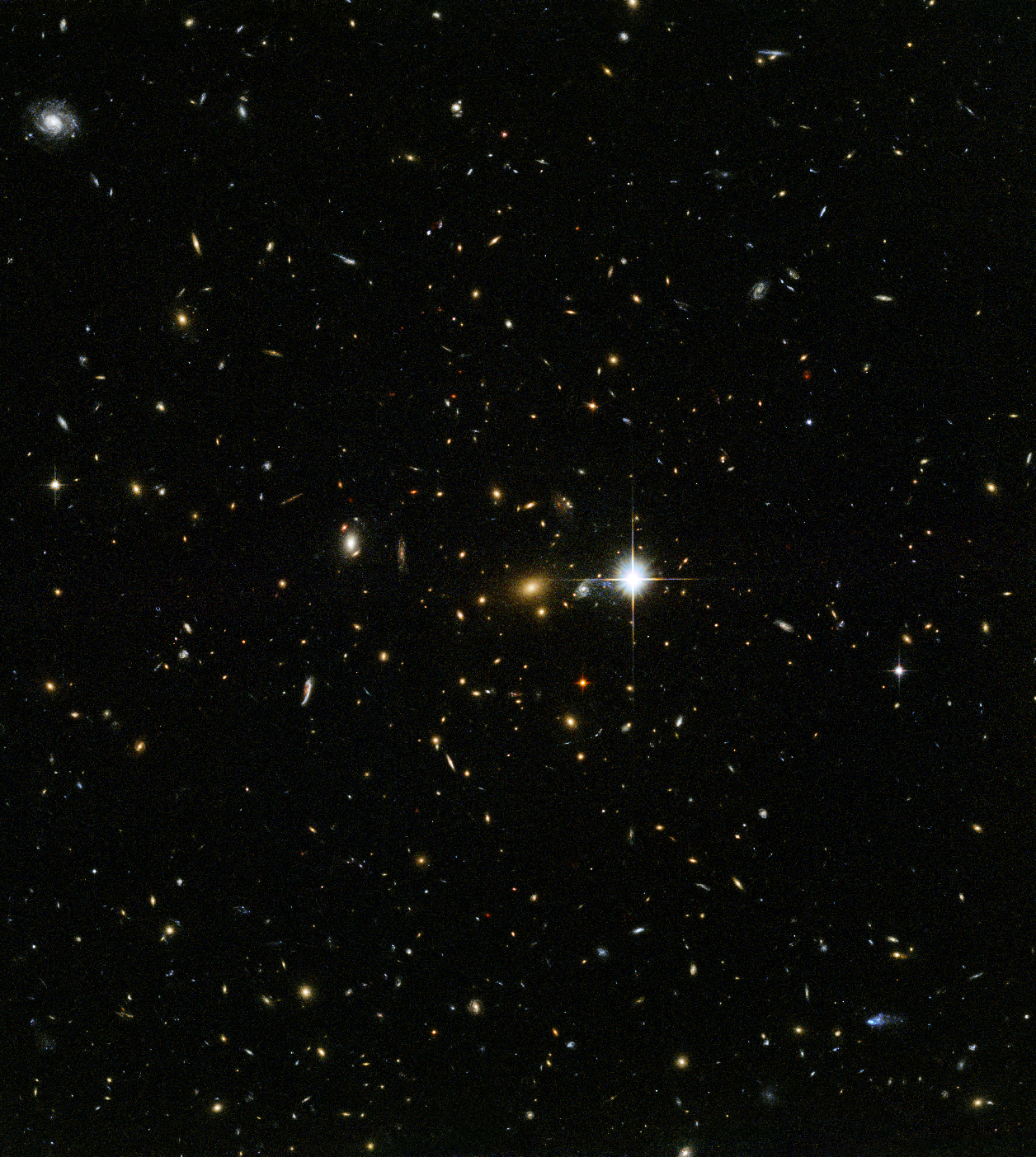 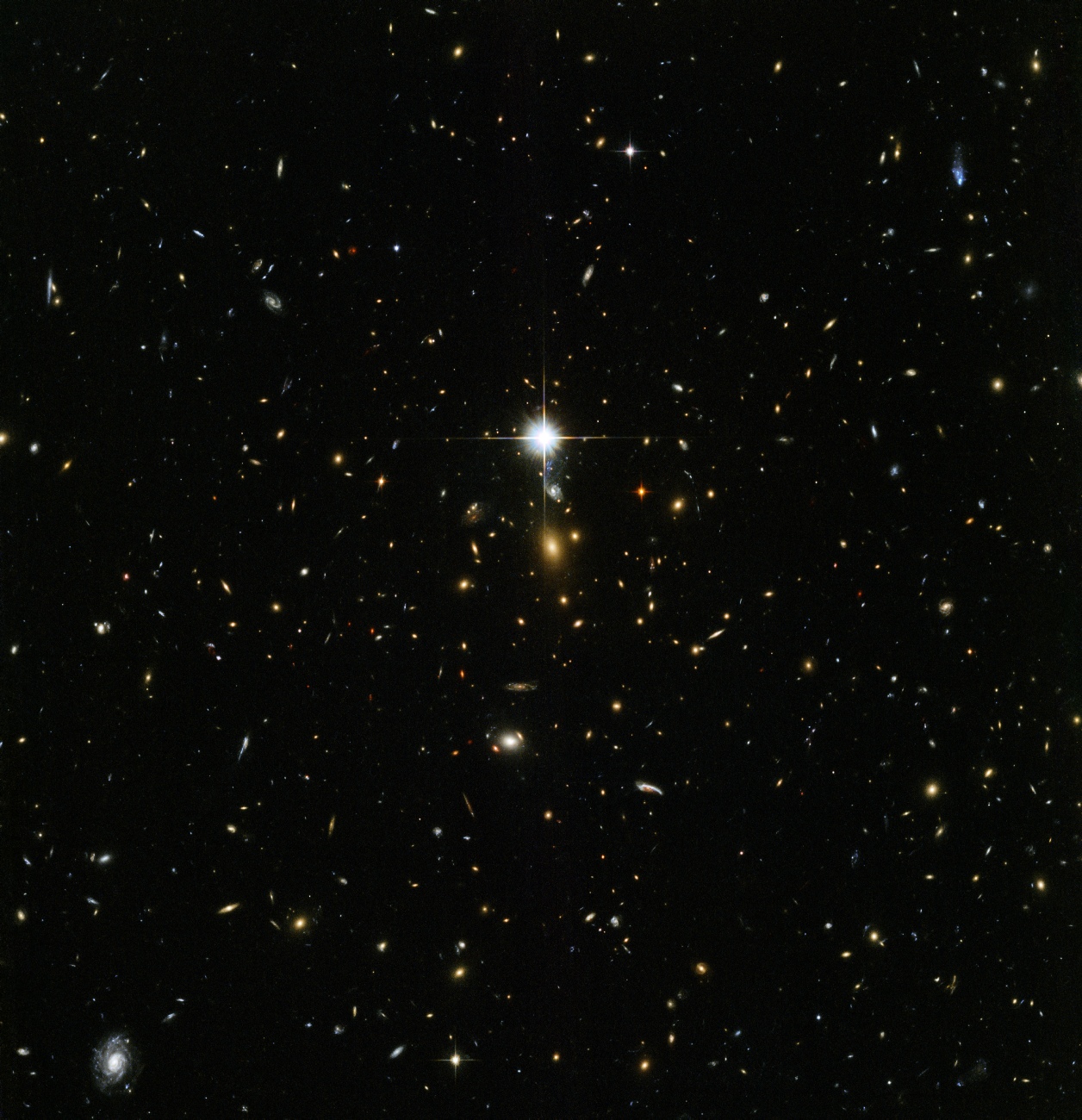 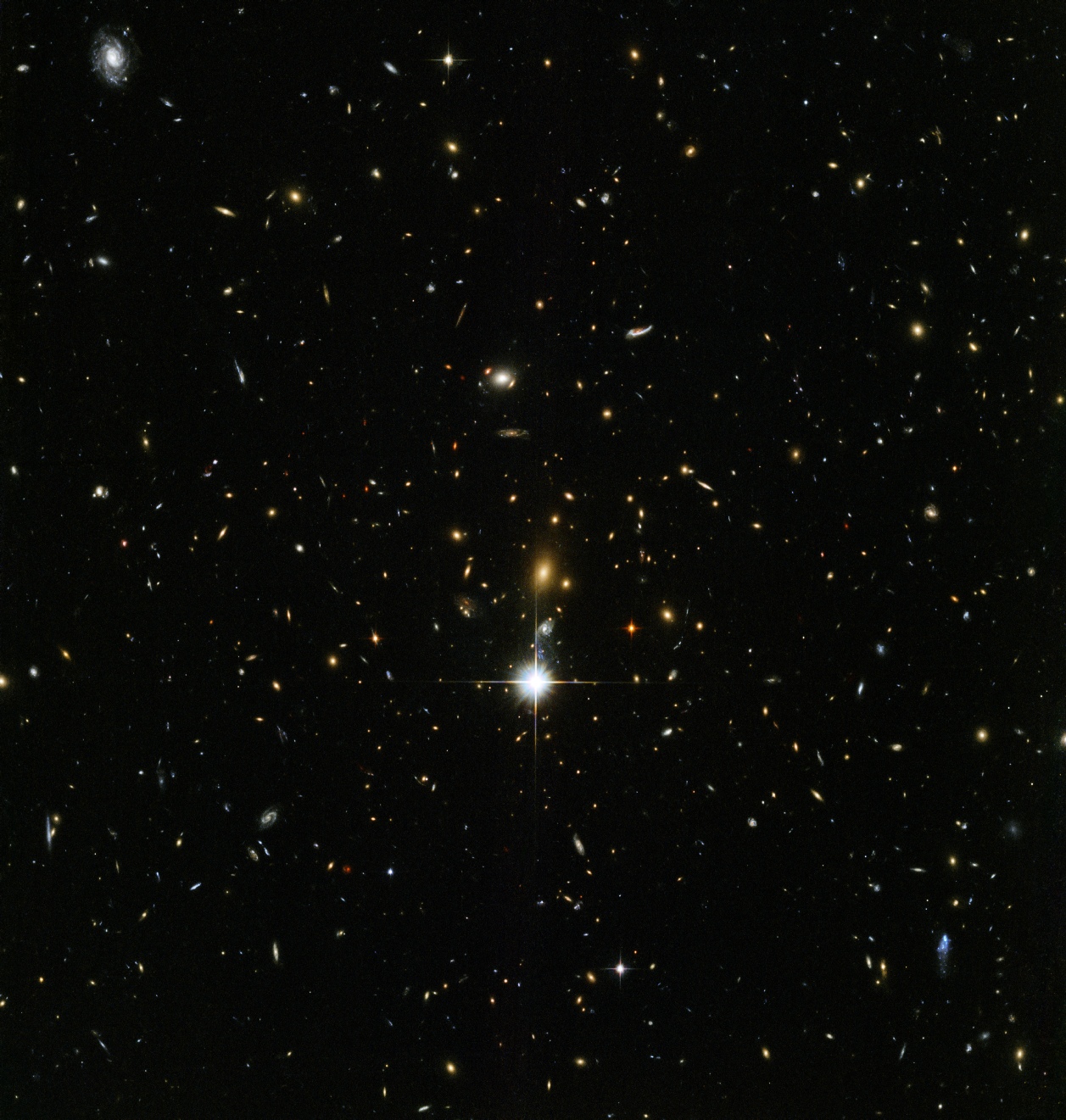 There is light in everything l(Kat Kerr).I find this an absolutely fascinating revelatory sound bite and worthy of a web site itself. All available earthly type foodstuffs (including meats) are made directly from light in Heaven. l(Kat Kerr) Straight from light to matter and controlled. Light for food for thought for sure.

There is much more similarity and scope to link  biblical doctrine and Kat Kerr’s revelations with Plasma/Electric Universe Model than the Big Bang Standard Model.

lKerr describes Jesus having water in his hand as he stretched out the universe. The needed plasma constituent to form all elements is just oxygen and hydrogen and nothing else will do it. See above. I find this absolutely incredible and this should surely grab everyone’s attention. The Bible said it first.

Did God stretch out the entire cosmos and place plasma ‘water’ (oxygen and hydrogen) there in a vast abundance to form all known naturally occurring elements by fusion reactions driven by the vast currents present -generated in this plasma. These elements then to be used as constituents to make the stars and galaxies under the action of Birkeland currents.

lKerr describes seeing God throw individual stars and galaxies out there. Did God throw out almost inconceivably long Birkeland Currents with vast charges and form stars and galaxies this way? Just see how easily lightning diverts it’s path and yet God controls the exact position of each star (for the Mozzareth) and to produces incredible beauty on such a vast canvas.

There is no time constraint on this initial formation of stars. Unlike Genesis 1, which has for me, always seemed like a disproportionately small amount of time to form all the stars. God is omniscient but he still goes through a process of creation and He does not just think it and it exists. So, to create all the stars in one day seems a taller order then the rest of Genesis and not balanced with the rest of the creation process. No such problem with the Long Life-Long Gap Model.

However, Genesis 1:16 does make sense if He is revisiting the whole cosmos and ‘switching’ something back on.  The Electric Universe  model does allow for a switching up/down of the ‘current’. See below. 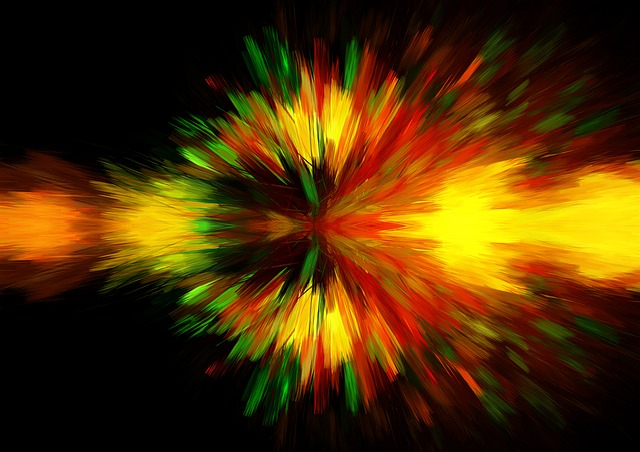 In the beginning there was absolutely nothing, no time, no space, no energy and no matter. Then absolutely nothing located at absolutely nowhere in no time exploded and formed time, space, energy and matter. The gases produced by this explosion eventually coalesced  and with the action of gravity and over billions of years of fusion reactions and further repetitive coalescencings and  explosions formed stars and galaxies by processes never observed or:[1]

In the beginning God stretched out the universe around and within a part of the spiritual realm and deposited (waters) oxygen and hydrogen in plasma filaments and sheets, some billions of light years long. Time and space began at that point. God then threw out, by hand, Birkeland currents propagating for billions of light years with unimaginably enormous charges into a vast sea of elements formed by fusion reactions within the oxygen and hydrogen plasma,  thereby forming all the galaxies, stars and planets by known and experimentally reproducible processes.

Faith in absolutely nothing

Background: view form the Hubble by NASA (NASA does not endorse this web site)

The creator made this, big aint it?

1. In The Beginning God Created The Universe .

Could it be that?

4. Sin Enters God’s Creation and the Whole of  Creation Groans

1.God throws out the planets by hand one at a time and they orbit around Saturn which is a dwarf star at this time: Or/

2. God throws individual planets and the sun forming the entire solar system but the sun is in dark plasma mode and dull and cannot readily be seen but the planets all orbit around it. The moon is not in its current location. Or/

3. The same as no #2 but the Earth is not within the solar system when first made and is moved there in Genesis 1:17.

The galaxies and stars thus formed are fuelled by these currents.

The darkness judgment takes two forms. The electric universe is ‘switched off’

(Satan has the power to produce his own light) so planet earth gets an extra judgement of light being prevented from propagating in any form on Earth.

5. The First  Earth is Judged and Light is Switched off

Millions of Years Pass in Darkness

6,.God Recreates The Earth with Modifications and the Addition of Man-Genesis 1:3-31

God with The Holy Spirit and The Lord Jesus Christ

1. Based on a quip by Chuck Missler in Genesis Commentary: ‘In the beginning nothing exploded’

Please read the main essay on this site which will greatly help you follow this summary. Here or Recaps below.

Alternative Hypothesis if God’s Glory Brings its Own ZPE

An Inordinate Fondness for Plasma and Electromagnetism

JBS Haldane was supposed to have said, ‘God must have had an inordinate fondness for beetles’, (due to the vast numbers of beetle species (3-400 000)). Although this may be apocryphal it has come to be known as a  contemptuous statement against creation.

It may be, however, that the statement could now equally be targeted at plasma. With over 99% of the universe being composed of plasma.

Not only that, but if the plasma universe/electric universe theories are correct then plasma and Birkeland currents explain the origins of galaxies and stars and electromagnetism may be one of the fundamental energies that God uses. A preferred tool.

A brief comparison of the similarities between this site’s Long Life-Long Gap Model and the Two Mainstream Models: The Standard Model (SM) and the Electric Universe (EU) Model

So, in a nutshell: A very small dot of energy suddenly exploded and began to expand very quickly, as it expanded energy converted into matter and anti-matter. Which largely annihilated each other but some sub atomic particles remained. By gravity, all matter started to coalesce into stars which by fusion reactions created other elements.

Then, these stars which formed after billions of years exploded and other heavier elements were thus formed. These elements then started to coalesce again by gravity. This cycle repeats at least three times and will take about 10 billion years before the right proportion of elements are formed to make stars like our sun. Gravity being the main driver.

I never liked The Big Bang theory as it never made any sense to me at all and seemed to break just about every law of physics. The problems:

These are my main concerns but there are more and for those interested with a more scientific slant see here..

No other descriptions of the Long Life Long Gap Model (which, I believe, covers all things biblical on creation) in this text could seem to correspond to any of the Big Bang stages.

I humbly discount much of the Big Bang Theory. How can I be arrogant enough enough to discount the work of so many brilliant minds, much superior to my own? Well these same minds probably believe evolution which I know, at least to my own satisfaction, to be floored but also, I think many just study aspects of God stretching, re-stretching the universe or His throwing out of Galaxies and stars.  I also think their research could, in many cases, equally be applied this creation paradigm.

(I highly recommend the book: ‘A beginners view of our Plasma Universe’ by Tom Findlay-A very provocative and thorough book that explains electric universe theories in layman's terms-(Findlay’s faith status is not stated))

The electric universe model describes the properties of plasma and electromagnetic forces as being dominant in shaping the cosmos.

By using plasma filaments, which are reproducible in a small scale in the laboratory, all current galaxy formations can be produced and in a matter of seconds. If you have not seen them before then you may be amazed at the similarities:  The image at the top of this page in the link below is a cross section of 2 Birkeland currents approaching each other in a plasma sea and this is what forms in a mere seconds. here

It is worth noting that:

The Whole Creation Groans (not just a part of it)

For we know that the whole creation groaneth and travaileth in pain together until now. NB. It groans until ‘now’ so may have turned or not the ‘whole’ anymore. (Now=from the time of Christ)

I think ageing is a gift, it forces reflection on the fragility of life and changes us. The mechanism of ageing also gives me much food for thought. As a working dentist, I am always awed by the ageing process in the mouth, nothing escapes it. The saliva thins leading to problems like burning mouth syndrome, more angular dribbling and reduced decay resistance. The muscle tone changes and cheeks hang differently and are bitten more, the lips and cheeks sag and hide the teeth, the teeth drift and cross over or splay out. Decay pattern moves to the roots, gum disease increases, the tongue spreads out, the dentine discolours and shows through the enamel as greener or yellower, more vertical cracks appear in the enamel, the gums shrink back, the papillae between the teeth shrinks leading to black triangle appearance, the feedback mechanism of biting is dulled and more teeth are broken, the tempero-mandibular joint gets noisier….. and I can go on and on. The point is ageing is pervasive nothing escapes it and I think this applies even to each individual cell and cell component .

The whole of creation groans so I suggest that ZPE, subatomic particles and light must do too.

I imagine that, at creation, the sub atomic particles are like a floating ball travelling down a swift smooth river driven by a highly ordered ZPE, whereas, after the ‘groaning’ it becomes more like rough rapids with the ball giggled all over the place. The potential energy of both rivers is the same but more turbulent energy is acting on the ball with the latter.

The idea that this degradation is inbuilt within the creation seems inconsistent with a loving righteous God or it would mean the creation itself is created as a ticking clock. I do not believe God made the universe ‘tohu or bohu’ (made waste and empty) or for that matter to become ‘tohuw and bohou’? (Isaiah 45:18). Although the demise of the universe is predicted in the Bible e.g. (2 Peter 3:10), I think it is the presence of sin is that causes or necessitates this eventual demise.

If dinosaurs did indeed have the same nerve physiology (takes too long for nerves to transmit the entire length of the body (>30 seconds) to be able to function at today’s speeds) as we do then they, too, would be doomed by this consequence. It is hard for me to imagine God’s creation having the death of nephesh chay (spirit filled) animals built in. It may be that the originally created earth’s higher atomic energy levels from God’s Glory meant much quicker nerve function than present day. Likewise the second creation prior to the Adam’s fall.

(NB, I suggest, if we are looking for a cause to the degradation of everything including genetic deterioration, ageing, death-the ZPE degradation might be a suspect.-Degradation at an atomic level might be behind it all)?